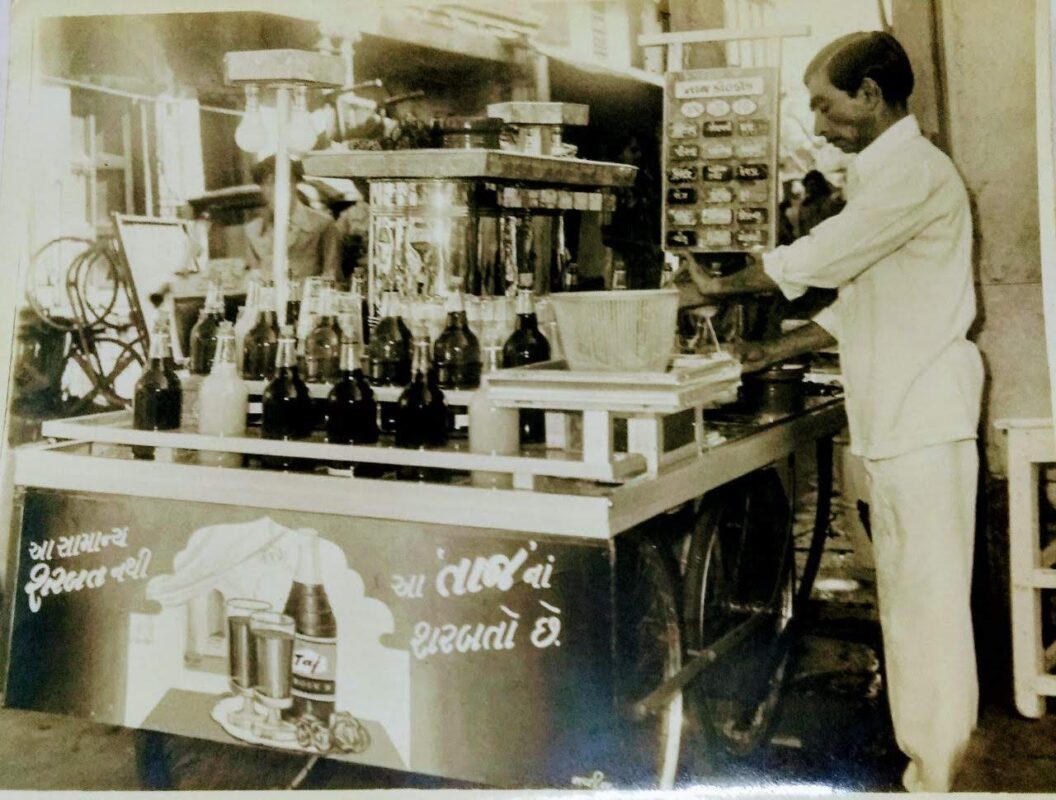 Taj was developed by Mr. Ahmedmiya Rasoolmiya though taj sharbats are one of the highest selling brand, it started quite modesty since 1955. Introducing the signature collection of shophicated sharbat/ice-cream and cold drinks live to shop new
collections.

TAJ FOOD PRODUCTS is a family-owned and operated Non-Alcoholic, manufacturing and distribution company with more than half a century of experience.

TAJ FOOD PRODUCTS family is firmly committed to enhancing their long-term partnerships with customers and suppliers. By continuing to deliver the highest caliber service and brand- building opportunities, the company is actively engaged in growth and excellence in their market.

The second generation – NOORENARAFAT, MOHAMMED AND IBRAHIM (NMI) are contributing to the business, building on the core values. 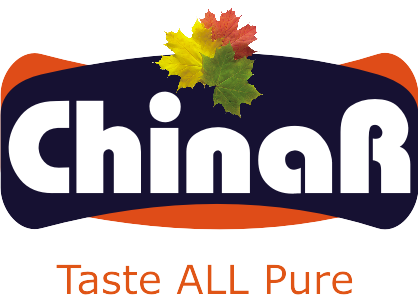 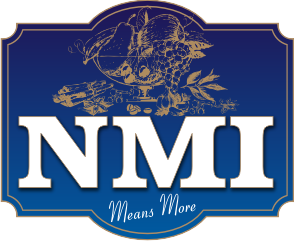 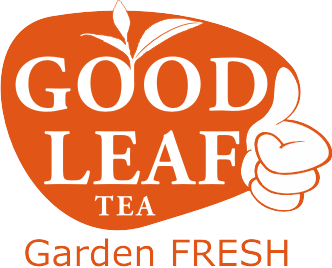 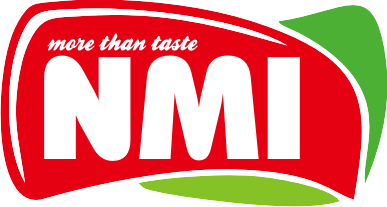 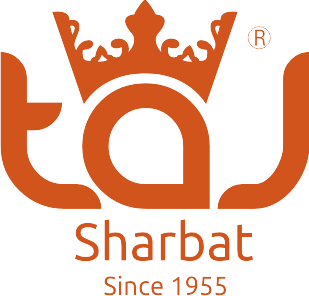 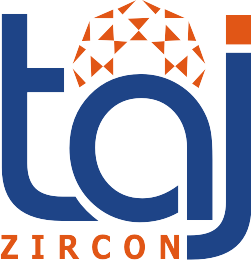 Our brand is the story that connects people to our products andservices we offer “A sweet satisfaction with smile in every sip.”

We are passionate beverage marketers working to bring our brand alive through new products and creating tons of aromatic flavors with passion and excellent craftsmanship. We maintain a large section of fresh produce .we deliver to our customers a treasure of luxury flavors with premium taj sharbat (syrups) experices that delights all sense! Our goal is to ensure that each customer has wonderful experience of cool, convenient and value for money.

Taj legacy of creating exceptional products is the result of empowering and equipping our team. It has been My father’s hand work that helped us in running out such a good brand in market says Hidayatullah Ahmedmiya Rasoolmiya .

We love what we do; at Taj our products are as rich as our heritage. We started at the labyrinth lanes of Ahmadabad’s walled city since 1955’s making us India’s continues operating sharbat (syrup) maker. All our experience passion and commitment results in a delicious legacy you can taste with our premium products range, the famous Taj light bulb is now a historic landmark, as well- come visitors and flights to Ahmadabad.

Taj Food Products is equipped with Siemens Scada Systems as the food and beverage industry demands excellent quality control in order to provide safe products and preserve the
brand reputation. By reducing the potential for human error and allowing early identification of potential issues, when beverage processing and packaging systems are automated, operators gain greater control over quality.

We rely heavily on our brand as it is the key connection to our customers. Consistency is crucial for the food and beverage industry since customers want to buy the same product over and over again and for it to consistently have the same texture, flavor, taste, and other characteristics.

We take personal interest in every stage of manufacturing and vigilant about not permitting any substandard material to be used. Even administrative, financial and economic considerations are never allowed to come in the way of maintaining the highest quality standards. 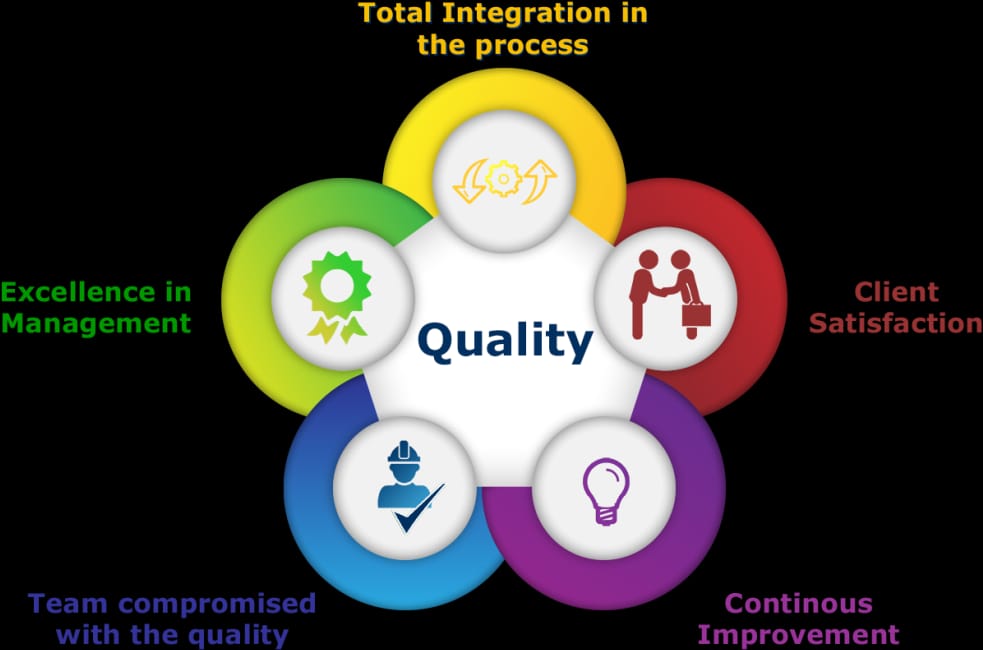 Our passionate employees team comes from all different backgrounds, and work together joined by common passion, bring new delicious ideas we made it our mission to provide a supportive, engaging culture where everyone feels valued not only for skills the possess but also for who they are individuals. 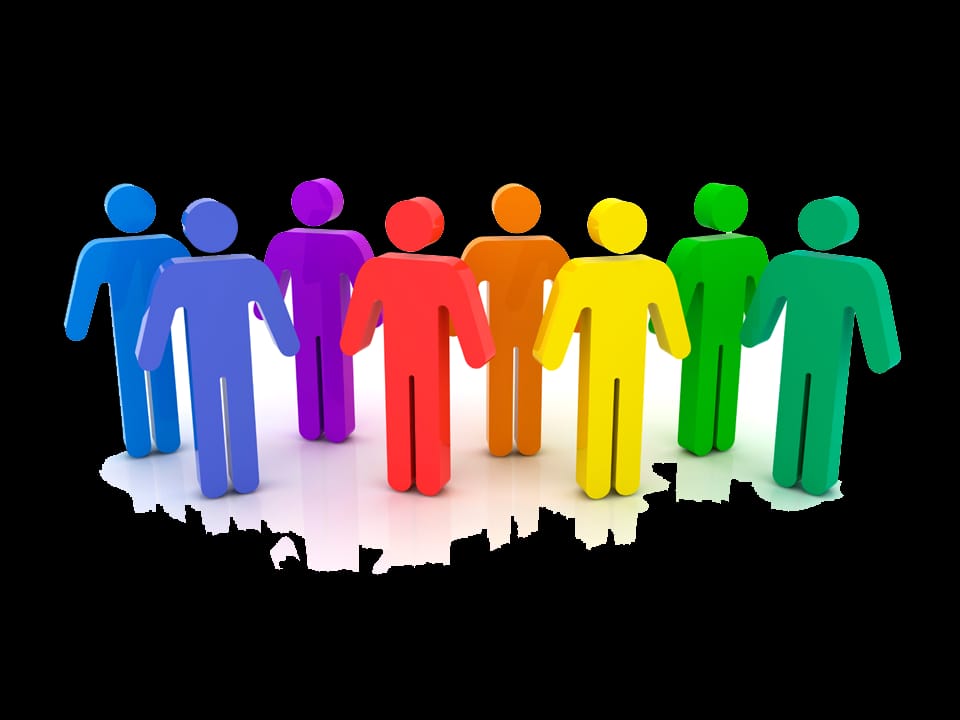 We behave as owner’s , develop and empower our colleague’s, act with integrity an hold our selves’ accountable by Taj’s legacy of creating expectation products is the result of empowering over team to take on new challenges inspire on one another and excel in all they do . Over employment value proposition is formulated by our key strength.

We believe absolutely in our:

Our mission is to be the world’s premier consumer products company focused on convenient foods and beverages. We seek to produce financial rewards to investors as we provide opportunities for growth and enrichment to our employees, our business partners and the communities in which we operate.. 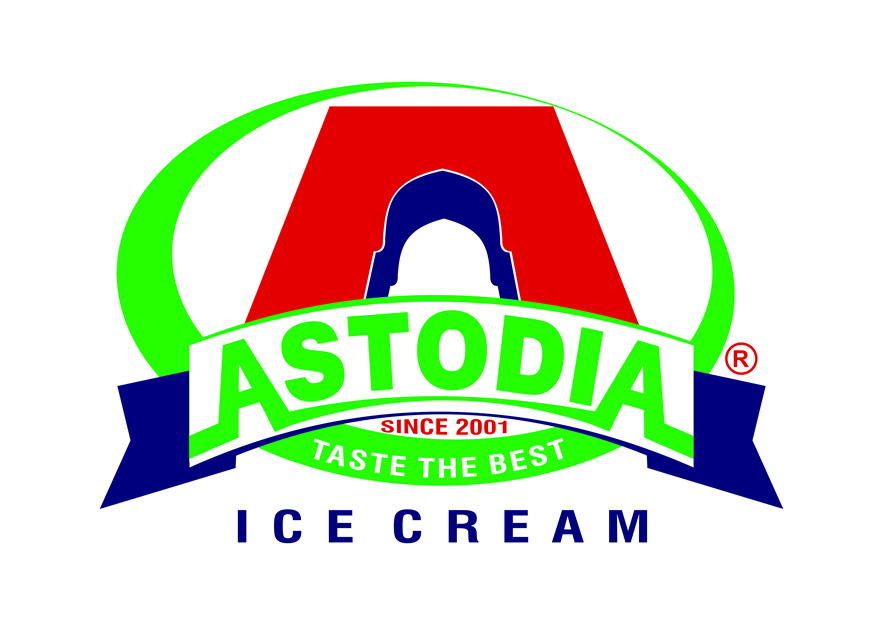 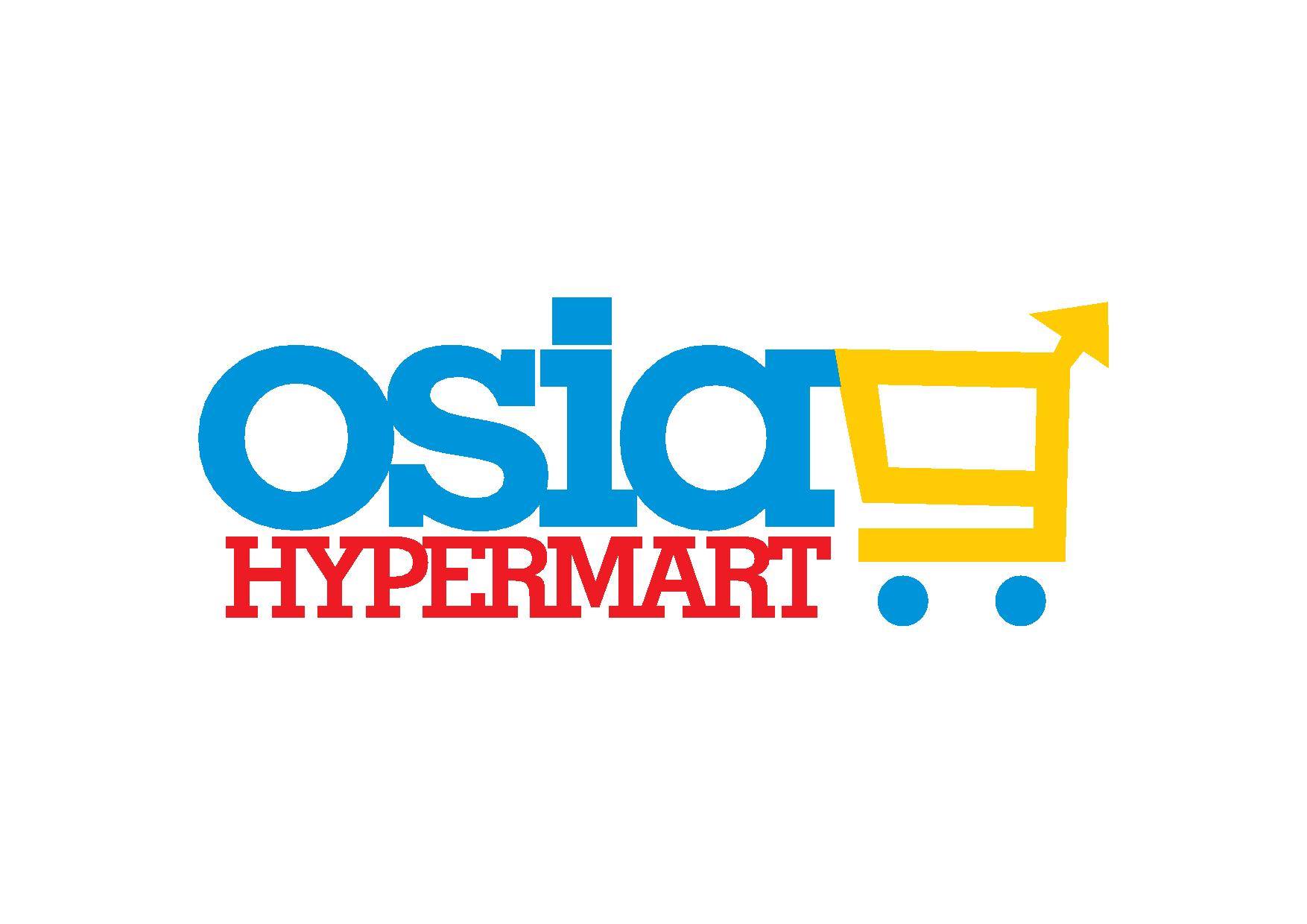 The legend Ahmedmiya Rasoolmiya had a history of selfmade
enterprenew.His father Rasoolmiya inspired him since
childhood to get into business saying working for somebody
else is like renting an apartment. Working for yourself is like
owning your home if you have the natural ability & drive to
follow your own dreams and goals starting your own business
could be for you. You will definitely have the most freedom &
potential for growth, satisfaction & independence.

He never expected he would have to take care of them self
after his mother died She left him with three siblings to raise
and a household to run, when he was 14, because lose of his
mother’s grief, his father was depressed . He had numerous
chores to help make financial ends meet for his family. He tried
hands many small business like, selling dry fruits, fresh fruits,
seasonal business of crackers, kites, ice golla’s and etc… living in
one room rented house, often sleeping to “ forget the misery of
hunger “, he raised his sisters, and took great care of his father,
with the best he could, he and her siblings had always been
close, he had been their biggest support. After his father’s
death he was forced to leave education, to be a guardian of his
sisters before he was 18. But the key difference between him
and others was that he was a very sensitive taster, “ like wine
taster or tea taster “. He could select flavors and fruits for
extracting flavors.

He started his entrepreneurial carrier from a cart by selling ice
golla’s, snow cone / snow slush, served with flavored syrup
poured on top. He started in 1955 from labyrinth of
Ahmedabad ‘s walled city offering hygienic and delicious ice
golla’s. Throngs of loyal fans gathered there during summers.
The flavors made from Rose, Saffron, Rat Rani (Night blooming
Jasmine),Khus , Kala Khatta, Orange and Falsa were very
popular. Through hard work and a reputation for remaining
true to his internal compass, he continued his business; his
younger sister Zohar Fatima and his better-half Saleha banu
were a helping hand in his success. The greatest achievement
was that he served what was possible. Never compromised in
quality, believed in the products he was making. A real
challenge was his unique fusion combinations, he made sure
that the flavors don’t blend but stand out like “Almond and
Pistachio”, “Ginger-Lemon” etc.

Not only picking top quality flowers but the ones right stage of
life cycle of a flower when the petals should be distilled for
exotic flavor. Using this expertise he began to make
formulations that were unique. He began experimenting with
flavors in his kitchen at home. After years and years of trail and
error. He finally created a flavored cordial that satisfied his
demanding standards. He continued to explore and develop a
spectrum of exciting flavors for syrups and sauces. As ice-
golla’s were appreciated he started bottling and selling syrups
too. This powerful combination of innovation lead to the
creation of Taj Ice Cream. TAJ ice cream became pioneer in

However, like most journeys , there are always hurdles to
cross. One such hurdle was the equipment used to make the ice
cream. Because of its manual use in nature, it became quite a
task to increase the production capacity and keep up with the
rising demand. Taj Food Products focused on pioneer
widespread business of Sharbat manufacturing .

A major change came about only when Ahmedmiya bought a
shop in Dariyapur in 1984 .Hidaytullah his son joined the
business in the late 80’s, when he was graduating, bowing to
his fathers expertise in creating recipes and standards for
syrups, sauces and ice-cream his contribution was more on
polishing the brand. Hidaytullah have learnt a lot from his
father, as father’s undoubtedly have a powerful influence on
their growing sons and for him it began from the moment of his
birth, his father was a mentor, guide and friend. Ahmedmiya
had a unique style of management, but knew that Hidaytullah
did things differently and was always open to most new ideas.
No business schools or textbooks could have taught him, what
he had learnt working and training under his father’s guidance .
Even Hidaytullah’s mother and sisters had not only been the
helping hand but also provided good suggestions regarding
business deal and proposals requirement to build a successful
career.

Our journey started from Dariyapur Ahmedabad, bursting with
small refreshment parlor for cold drinks and ice-cream and,
tons of local flavors to Gandhinagar with the establishment of a
US FDA Certified manufacturing unit equipped with Siemens
automation systems . Adding customers to their growing list of
loyal Taj Food Products maintain a large range of fresh produce
and boast the best gourmet at Taj you get what you pay for.
After the foundation was laid by his Ahmedmiya , the second
generation of sharbat (syrup) enterperenial built the portals of
success. We foster an envioiment that encourages the
creativity needed to excel everywhere from large mass retailer,
drug stories, clubs and grocery retailer, to boutiques and
specialty stores.And stepped in providing a range of
consultancy services to ice cream, gelato, sherbet and sorbet,
manufacturers coffee shops, cold drinks parlors. These range
help in formulating recipes, reducing costs by replacing
expensive imported additives, problem solving, courses in
advanced product manufacture, advice on all aspects of HACCP
including process validation, providing assistance in discussions
with regulatory authorities to independent audits of plant,
process and external advice says Hidaytullah.